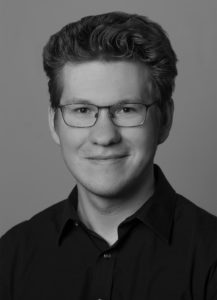 Thomas Reifner, born 1990 in Reinbek, is a German composer and recording engineer. In 2017 he finished his studies at the music university of Lübeck with a Master of Music degree. His professor was the composer and music ethnologist Dieter Mack.

He concentrates both on instrumental and electronic composition in a wide stylistic spectrum. Since 2011, he also produces music for movies and advertisement, for example the soundtrack of the movie “Nona” from Steffen Hildebrandt, which was awarded with several prices for short movies.

Between 2016 and 2017 he worked in the Audio and Media Studio of the Musikhochschule with audio engineer Thomas Fricke-Masur. He still uses the studio for some of his projects.